The Lifestyle Sports Blacklist Campaign runs throughout August and September 2019. This trendy ‘back to school’ campaign focuses on a selection of men’s black trainers. We created this 30 second montage of our animations for Lifestyle, which showcases the full selection of trainers in one fast-paced video.

The campaign runs across a wide range of social media, in store displays and digital commercial spots. This meant that it had to be created in a wide range of formats and dimensions, from square ratios for Instagram to HD for television to Superwide for in store and web banner displays. 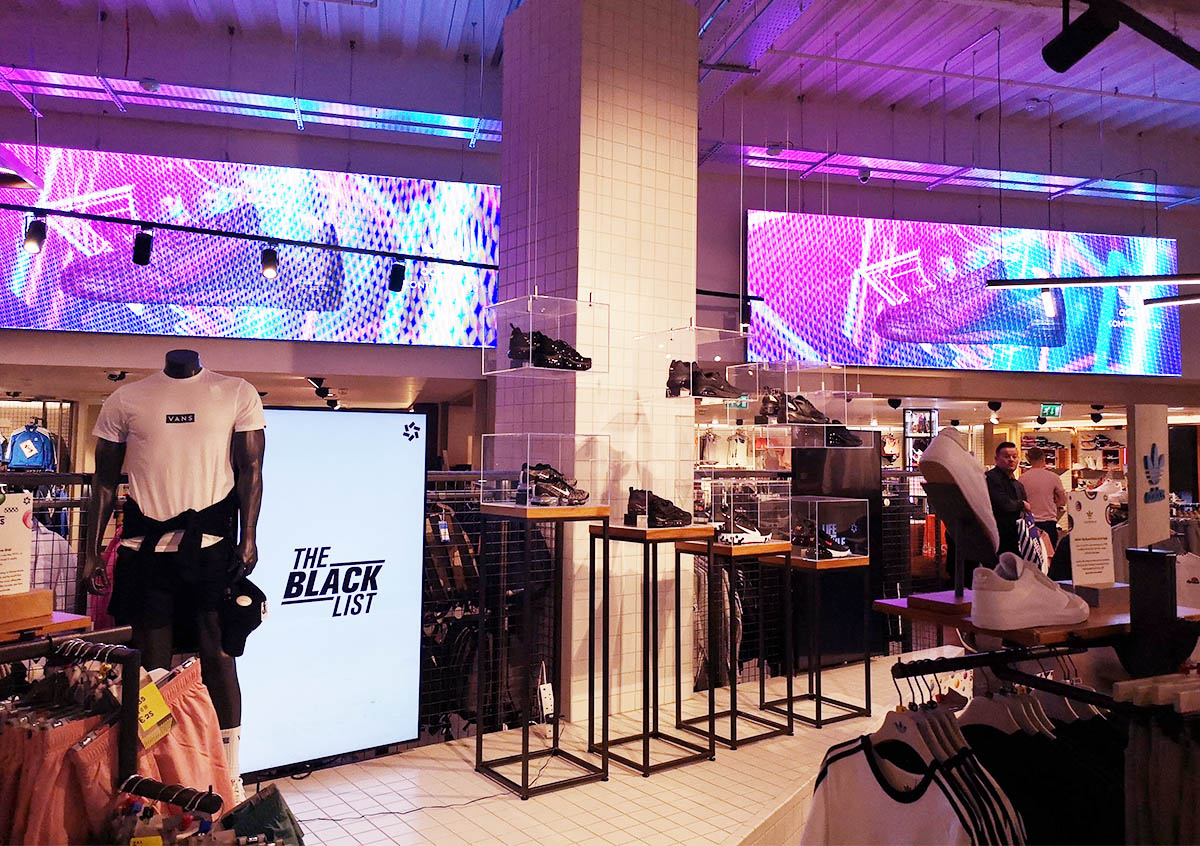 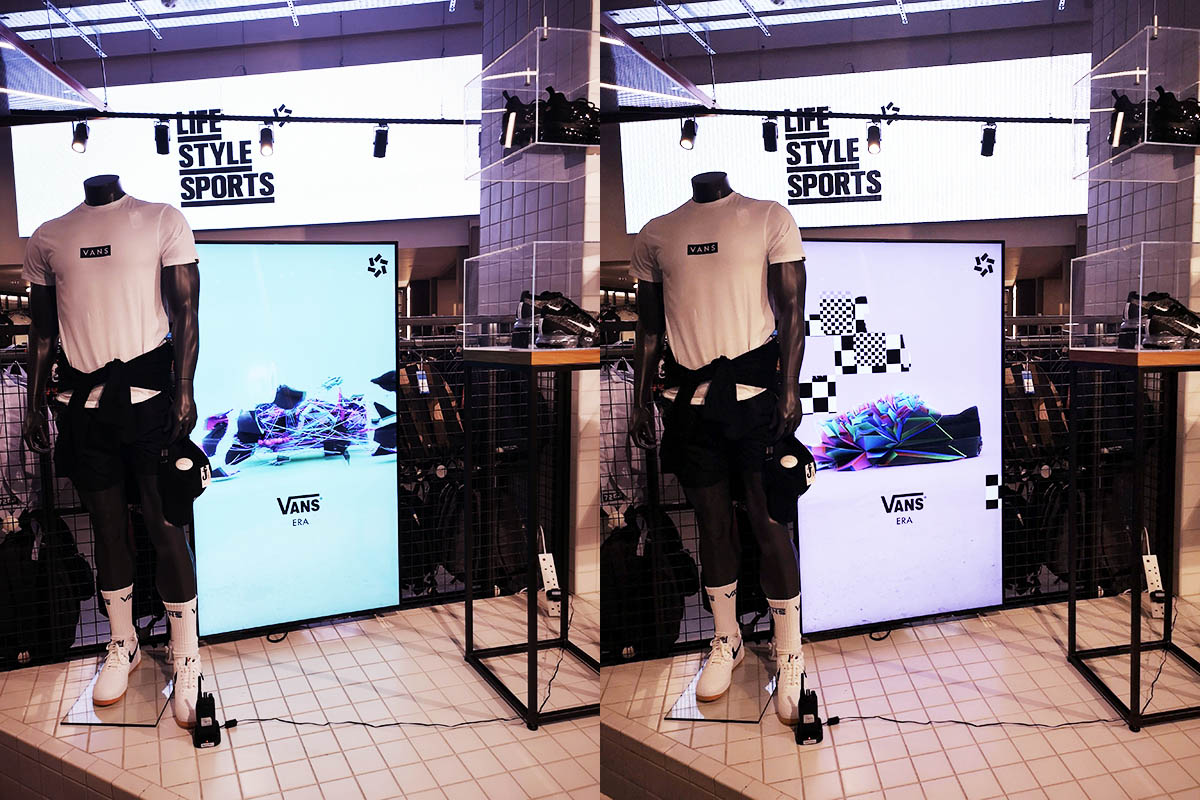 We worked with Lifestyle over the Spring and Summer months to create a suite of six 3D animations, each showcasing an individual trainer.  Although the brief was that the 3D animations should be youthful, fun, funky and abstract, they also had to communicate the history of shoe. Therefore, the individuality of the trainer had to be reflected in each animation. Some animations make a nod to the history of the trainer, while others make reference to certain design features. For instance, skateboard wheels explode out of the Vans Era animation when the trainer comes apart – a meaningful nod to the skateboarding origins of this iconic classic.

Many of the trainers were made for certain sports, but in actuality, ended up as iconic urban wear, consequently, echoing the ‘Sports Born, Street Worn‘ ideology that runs through this line of trainers. The urban feel was another important part of the brief, and the client was keen to give the white space around the trainer a gritty feel. High restitution cement textures were utilitsed to achieve this look.

The runners featured in our animations were the Nike React Element 55, Nike 720, Adidas Ozweego, Vans Era, New Balance 997H and the Adidas Continental 80. 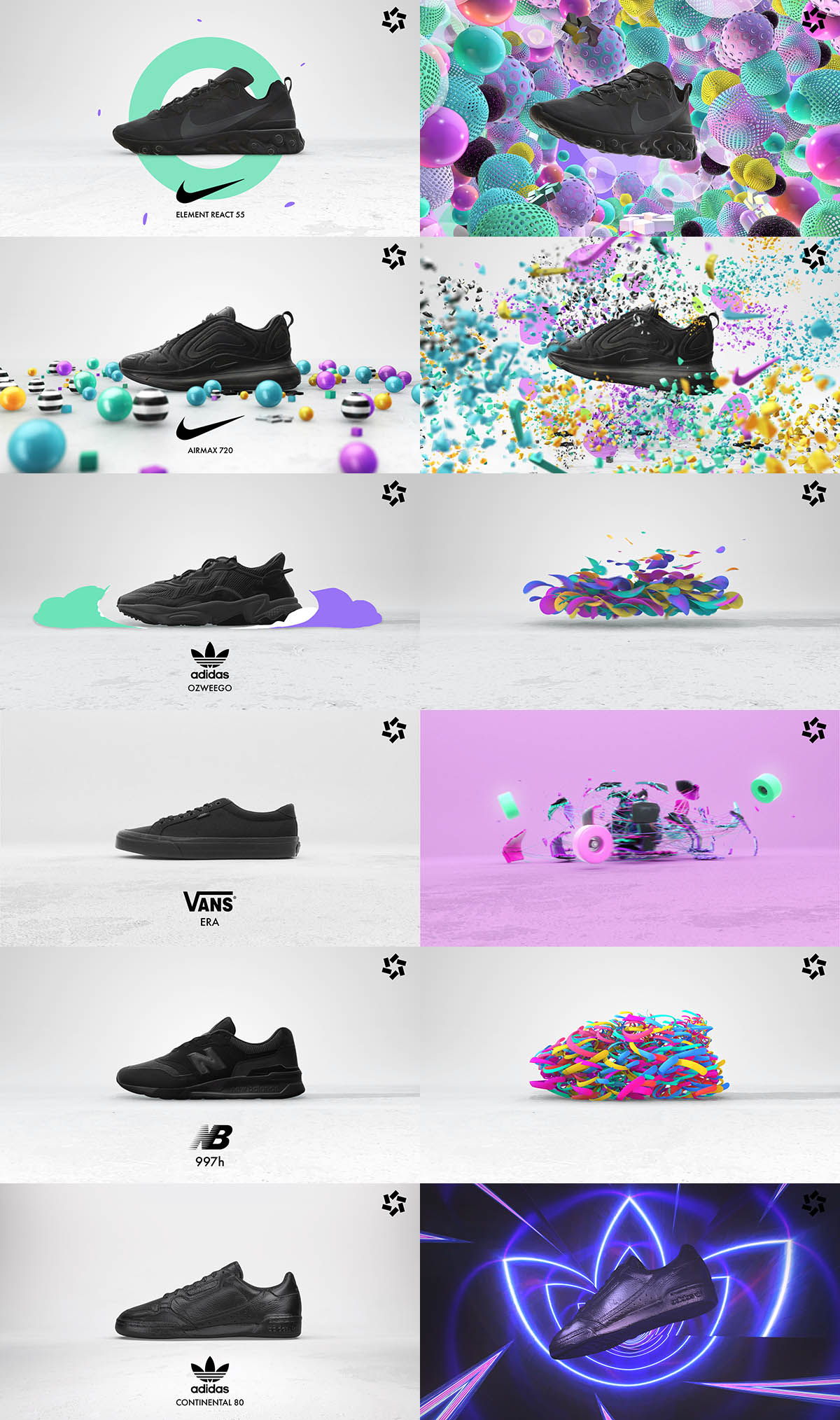 A preview of all six Blacklist animations.