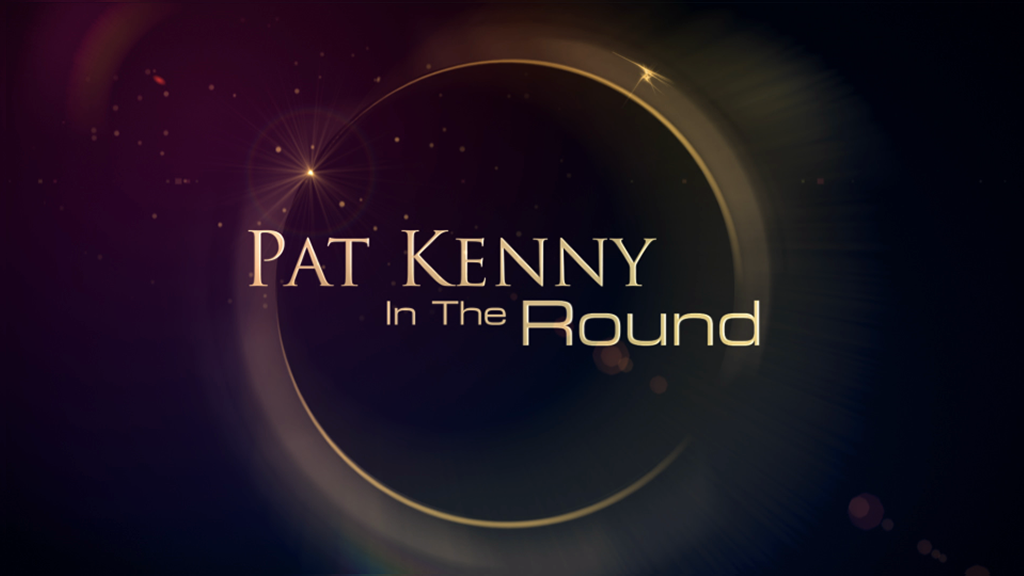 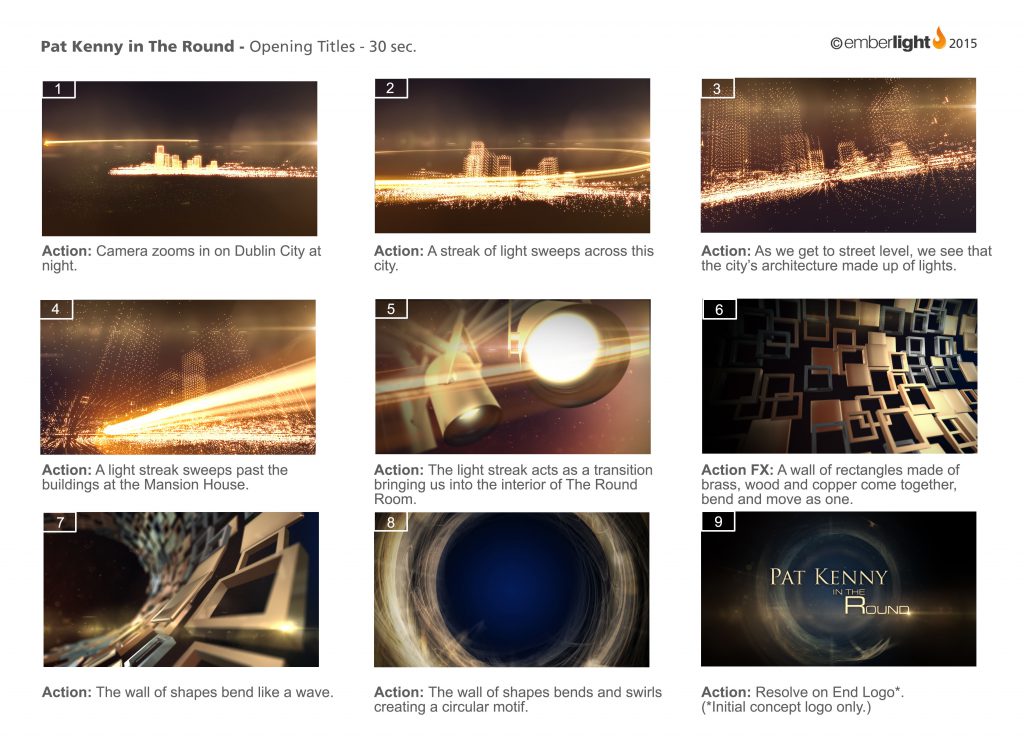 Pat Kenny in the Round, our original storyboard.

We were recently commissioned by Coco Television to create the branding and opening titles for UTV Ireland’s home produced show Pat Kenny in the Round. The show brings Pat Kenny back to our screens as he hosts the series from inside the famous Round Room of Dublin’s Mansion House.

The above image represents the initial storyboard we showed to the client to communicate the sequence of events as well as the look and feel we were aiming for. The opening sequence had to fit with the personality of the show and man himself. This brought us towards a night-time colour scheme, with deep blues and brass-brown tones contrasted by warm, bright streaks of light.
Our concept was entirely graphics-based starting with with a city made of light, the beams of its architecture glowing out of the darkness. A streak of light sweeps around the outskirts of the city. As we zoom in closer we see the detail of the buildings. They are made entirely from little points of light. At street level, a streak of light passes the camera transforming the mansion house into solid reality bringing us in to the interior of The Round Room. Particles of dust gleam in the shining beams of light coming from the over-head lighting rig in the round room. Taking inspiration from the set design, a wall of rectangles made of brass, wood and copper come together, bend and move as one. The wall of shapes bend like a wave into circular motif, that finally resolves in the end logo. To see the final animation go to our work page or catch the whole show every Monday night from 9pm on UTV Ireland. 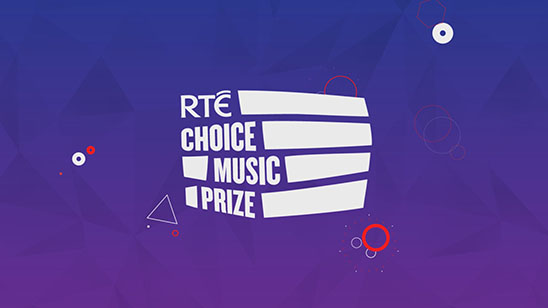 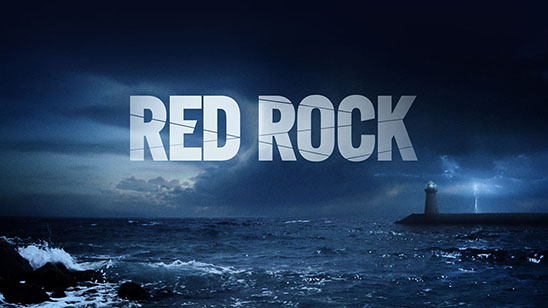 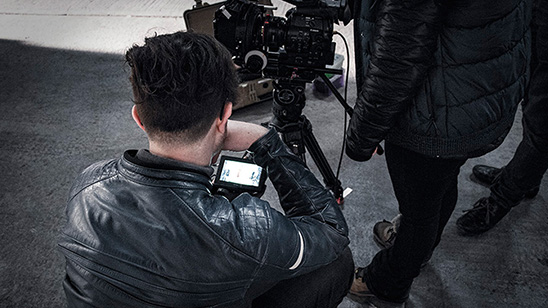